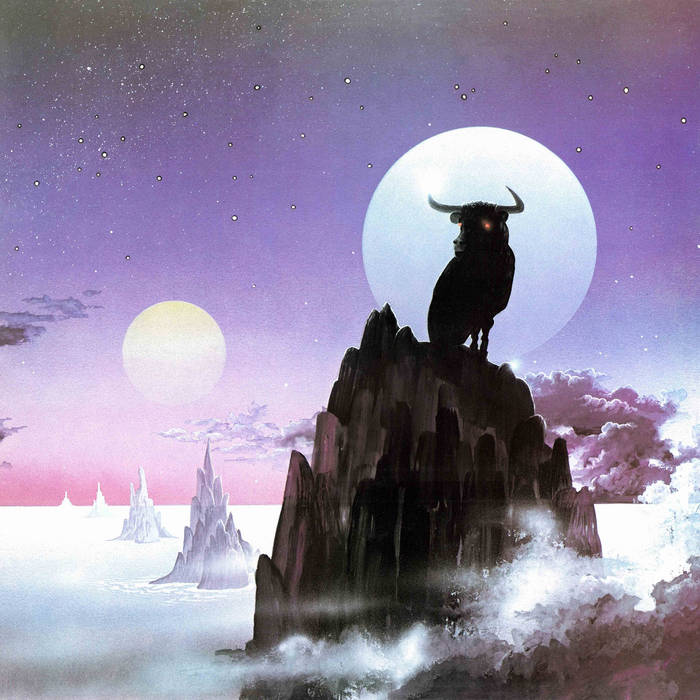 LUCA ROCCATAGLIATI searching it from a while...a super welcome reissue

VINYL ONLY - NO DIGITAL

A1. Hymn Of Taurus (Taurus Is Calling You!)
A2. Galactic Acid
A3. Saucers Over Montreux
A4. Hallo World
A5. Méditation
B1. Space Cantata
B2. Cosmotoxology
B3. Saxellite
B4. Quiet High

We Release Whatever The Fuck We Want Records is overjoyed to announce the reissue of highly sought-after electronic/sci-fi disco/proto-techno/ambient masterpiece VOICE OF TAURUS by Swiss music pioneer and synth super wizard Bruno Spoerri, available on vinyl for the first time since 1978, housed in a 350g jacket and packed with all new liner notes.

Surrounded with a formidable family of legendary synthesizers, primitive modulators, and audio gear transformed and customized à la Spoerri, armed with an extraordinary talent for improvisation, and deeply inspired by the likes of Wendy Carlos, Pierre Schaeffer, and the then freshly released Close Encounter of the Third Kind, Bruno Spoerri envisioned VOICE OF TAURUS as "electronic pop conceived using an experimental and jazz approach". The result is an out-of-this-world sonic adventure where early techno sounds blend with synth-based sci-fi soundtrack vibes, krautrock explorations, and retro-futuristic disco madness - it’s unique, it’s catchy, it’s cosmic, it’s meditative - it’s a must have for all record collectors of the galaxy…welcome to Planet Spoerri!

Still very active recording, touring and collaborating (Julian Sartorius, Franz Treichler of Young Gods, Marco Repetto of Grauzone, Roger Girod…), Bruno Spoerri is a multiple award-winning Swiss music icon, whose career started in the 1950s and covers jazz, electronic music, film and tv work, and everything in between. Improvisational maestro and synthesizer mega-connoisseur, Mr. Spoerri has influenced an entire generation of producers and musicians - hell, even Jay-Z sampled him!