Ghost In The Shell (Original Soundtrack) 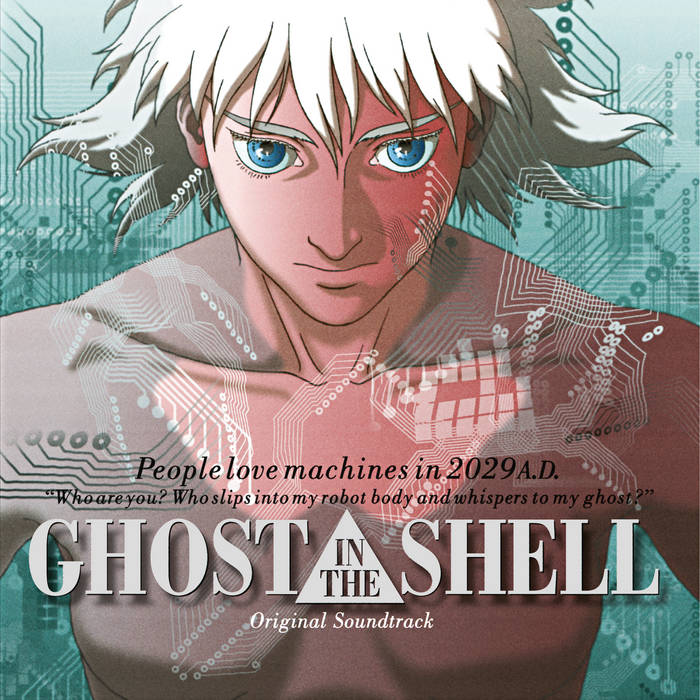 friendlymirror Haunting and epic, just like the film itself.

VINYL ONLY - NO DIGITAL.

Artist: Kenji Kawai
Title: Ghost In The Shell (Original Soundtrack)
Label: We Release Whatever The Fuck We Want Records

Tracklisting:
LP :
A1 謡I - Making Of Cyborg
A2 Ghosthack
A3 Puppetmaster
A4 Virtual Crime
A5 謡II - Ghost City
B1 Access
B2 Nightstalker
B3 Floating Museum
B4 Ghostdive
B5 謡III - Reincarnation

We Release Whatever The Fuck We Want Records is thrilled and honored to announce the first ever official vinyl pressing of the soundtrack for Mamoru Oshii’s critically acclaimed and all around legendary science fiction anime film GHOST IN THE SHELL (1995), adapted from Masamune Shirow’s groundbreaking manga series of the same name.

The haunting score is composed by Kenji Kawai, one of Japan’s most celebrated soundtrack composers alongside Joe Hisaishi and Ryūichi Sakamoto, whose work includes Hideo Nakata’s Ring (1998) and Ring 2 (1999), Death Note (2006), Hong Kong films Seven Swords by Tsui Hark (2005) and Ip Man by Wilson Yip (2008), and countless others. Kawai’s compositions see ancient harmonies and percussions uncannily mesh with synthesized sounds of the modern world to convey a sumptuous balance between folklore tradition and futuristic outlook. For its iconic main theme "Making of Cyborg", Kawai had a choir chant a wedding song in ancient Japanese following Bulgarian folk harmonies, setting the standard for a timeless and unparalleled soundtrack that admirably echoes the film’s musings on the nature of humanity in a technologically advanced world.

Ghost in the Shell is widely considered one of the best anime films of all time and its influence has been felt in the work of numerous movie directors, including James Cameron (Avatar), the Wachowskis (The Matrix), and Steven Spielberg (AI: Artificial Intelligence).

- The first ever OFFICIAL vinyl release of the soundtrack for Mamoru Oshii’s legendary science fiction anime film GHOST IN THE SHELL (1995).